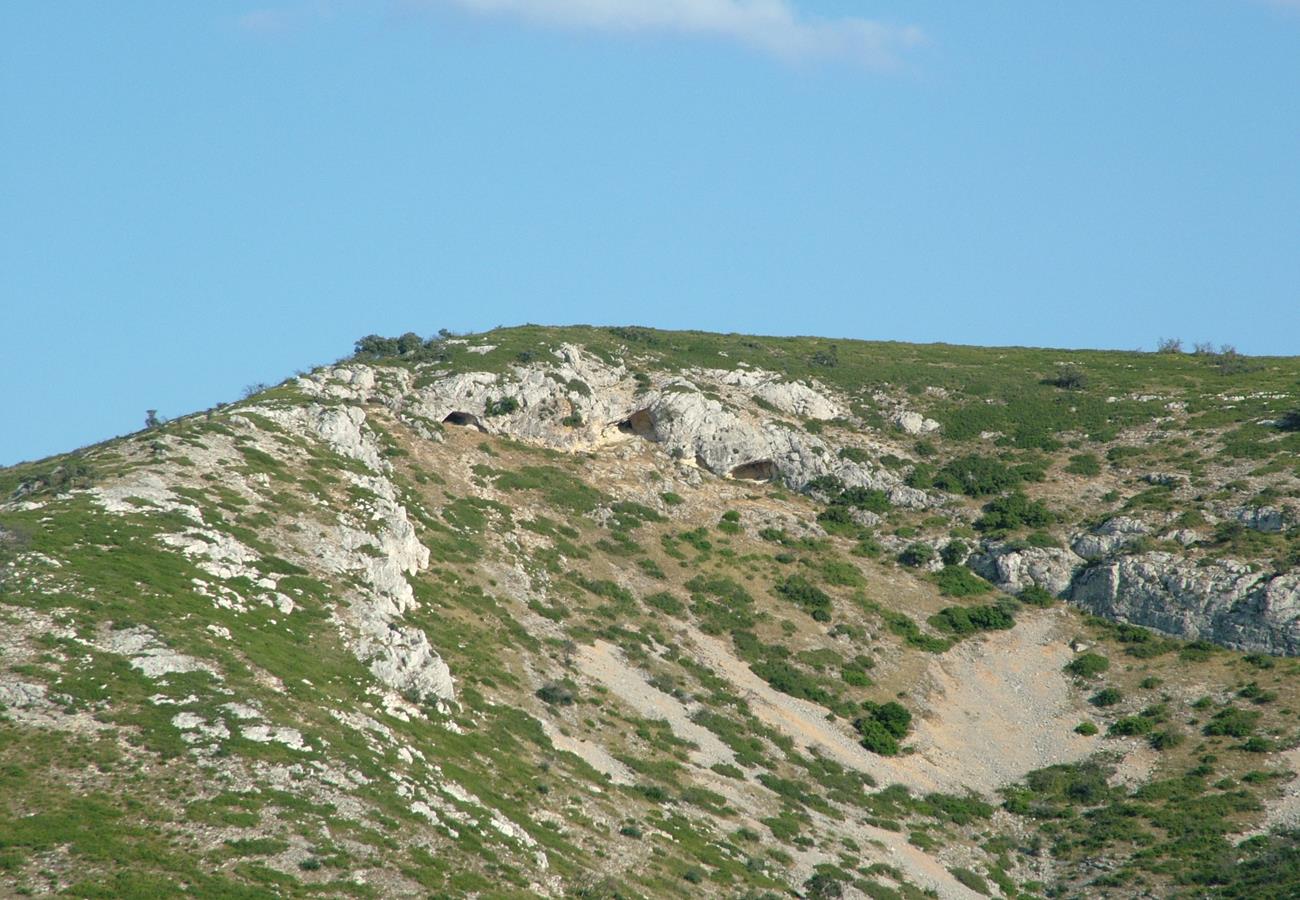 From the mountain range of Sant Pere, one has the opportunity to appreciate impressive views. First of all, we can observe the Via Augusta which is the longest Roman road of the Iberian Peninsula.
Secondly, we can notice the municipal district of Xert which is basically mountainous and it is surrounded by the millstone of Xert (La Mola de Xert), El Turmell, the round millstone (La Mola Redona), the long millstone (Mola Llarga) and Mola Murada or Tormassal.
Following the skyline, in the municipal district of Bel, we can catch sight of the majestic Peña de Bel whose edges form a natural rock wall. This place has numerous species of aromatic plants. Moreover, in this direction, the mountains of the Tieneça de Benifassà and Rosell can be seen.
Finally, we cannot ignore the great cultivation of olive trees which surrounds the urban part of our village. In addition to this, we can also observe the exceptional size of the Mediterranean Sea.

The rosemary is a bush which has woody stems and it is very aromatic. It is mainly found in dry and rocky places. It is a melliferous plant; in other words, it is a plant which has nectar from which the bees produce an excellent rosemary honey. Its flowers are of a pale blue, almost white.

This plant has been used for centuries for medicinal purposes because it is diuretic, invigorating, it also controls the blood pressure and it is antiseptic.

It is a small palm tree which grows forming root balls and it can reach the height of a tree. Its flowers are not eye-catching and they have berry fruits which adopt a reddish-brown colour in their maturity. Its fruits are commonly known as dates.
The dates are edible and they are rich in tannins, that is why they have been used in medicine as astringents. The leaves are used for the manufacture of brooms, baskets, rush mats, hats and other objects related to basket making.

It is a bush which has variable sizes and a very slow growth. It can become a medium sized tree. The juniper can adapt to all types of floors and it withstands extreme weather conditions. Its false berries are used for their diuretic properties and they are also used to aromatize the gin.

The holm oak or kermes oak is a tree of slow growth; a specimen takes about 300 years to reach its maturity. It is a tree which is largely spread through the Iberian Peninsula. It is most commonly associated with the juniper, the hawthorn, the honeysuckle and the asparagus plant.