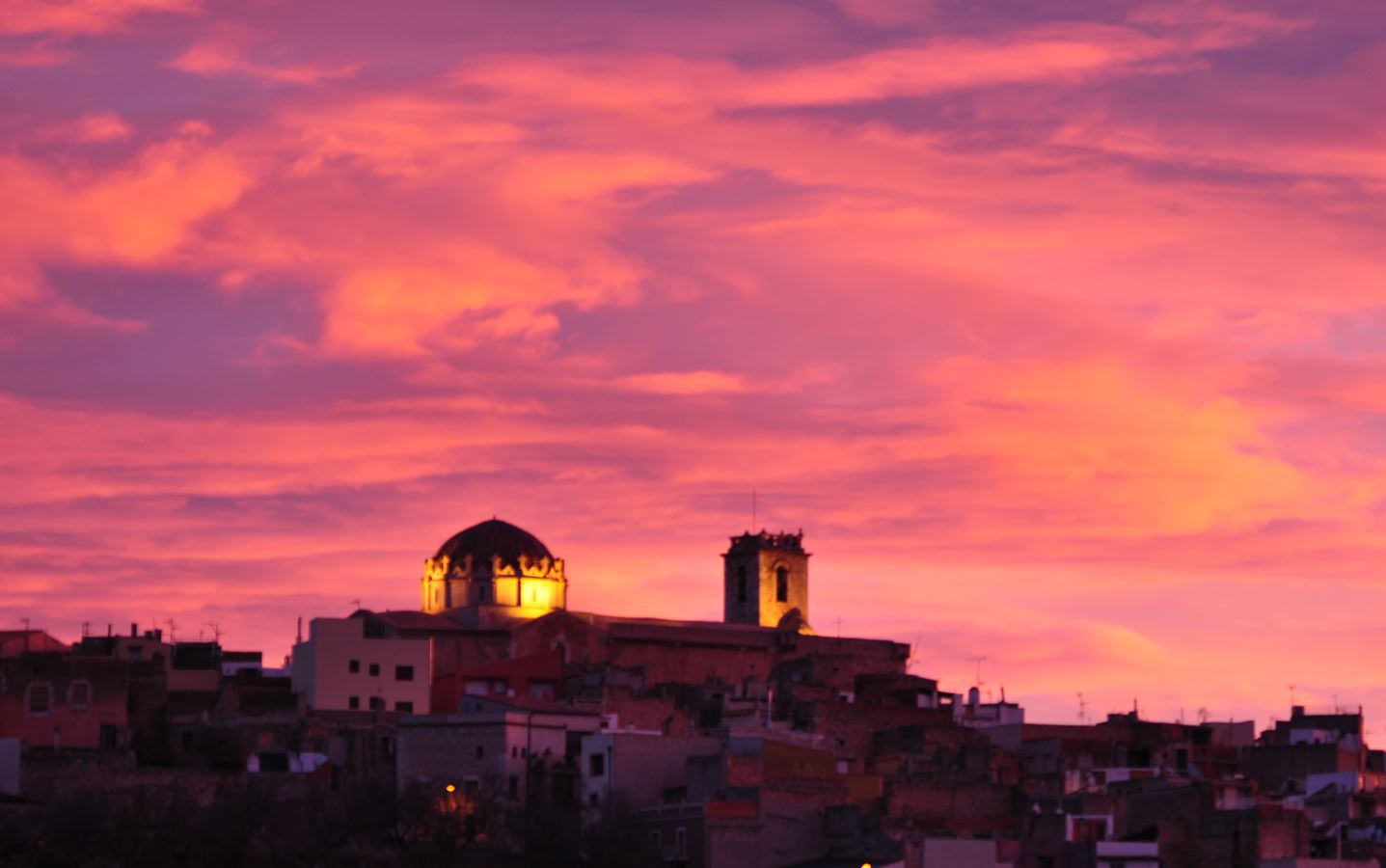 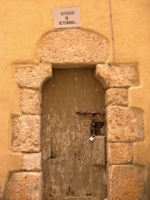 In the steep slope of Planet d’en Roig, we can find the so-called “Tank of Detainees” or ancient medieval jail. It consists of a frontal door built from well-crafted ashlar stones and a crescent shaped lintel which is supported by modillions and gives access to a dreary space with a small skylight. From here, there is access to two gloomy cells where complete darkness reigns. 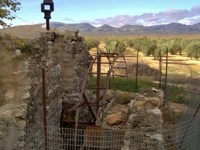 On the west side of Santa Isabel’s chapel and as part of its architectural ensemble, we can find a monumental ancient wheel known as the Marimón’s waterwheel. It is an impressive construction used to water the nearby lands. The waterwheel is more than 11 metres in diameter per 2.30 metres high and it has an embedded cabin with a vaulted ceiling built with slabs. This cabin is connected with the inside of the well by means of a wide window which has a diminished arch. The well is more than 12 metres deep and it is almost 7.5 metres in diameter. It is a typical dry stone construction. Inside the waterwheel, there is a small oven which has stone slabs on the floor and a brick vault. It is said that this oven was used by the hermit. 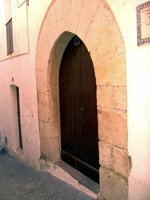 The chapel was built in 1581. It seems that it was part of an old gothic palace, now disappeared, which belonged to a noble family. The chapel consists of a small nave with a west facing front. It is made up of four aisles supported by three slender pointed arches and it also has a flat roof which originally had a gabled roof. The facing front is supported by arches that create a ribbed vault in whose keystone, the inscription JHS MDXVIII, can be appreciated.
Over time, the chapel was used as an abbey house to the extent that people of the village say that it was connected with the church by means of an old tunnel. Later, the chapel was used by the members of the youth club and now it is used by the local musical association.