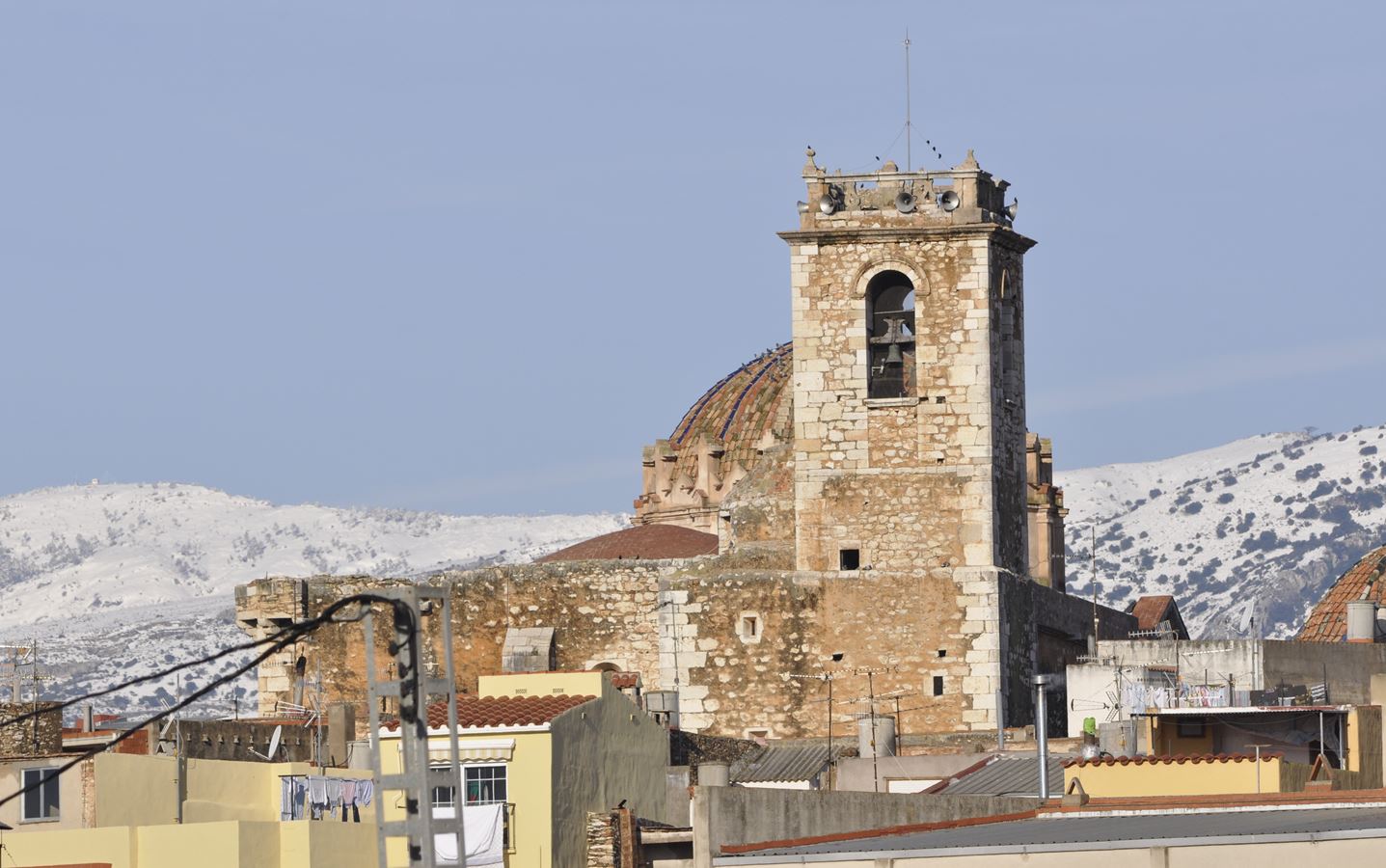 The fortress-church of San Miguel Arcángel is located in the high part of the village. The first church was built in 1288 and it belonged to the late Romanesque style. Thanks to the remains that are still present, it seems that the church was oriented from east to west.

Later, the building underwent two refurbishments and notwithstanding these refurbishments, the building preserves its medieval style of a fortress-church that can be appreciated in its gothic machicolations located above the south door and the southwest corner of the building. Another medieval feature is the building’s roof where the ronda passage is still preserved.

During the XVI century, around the year 1570, the church was rebuilt in full Renaissance period. Afterwards, the church was remodelled in 1795. Nowadays, the church has a single nave which is composed by a prominent architectural ensemble in which it is worth emphasizing the bell tower. The semicircular dome, which was built at the end of the XVIII century along with the Communion Chapel, was restored in 2001.