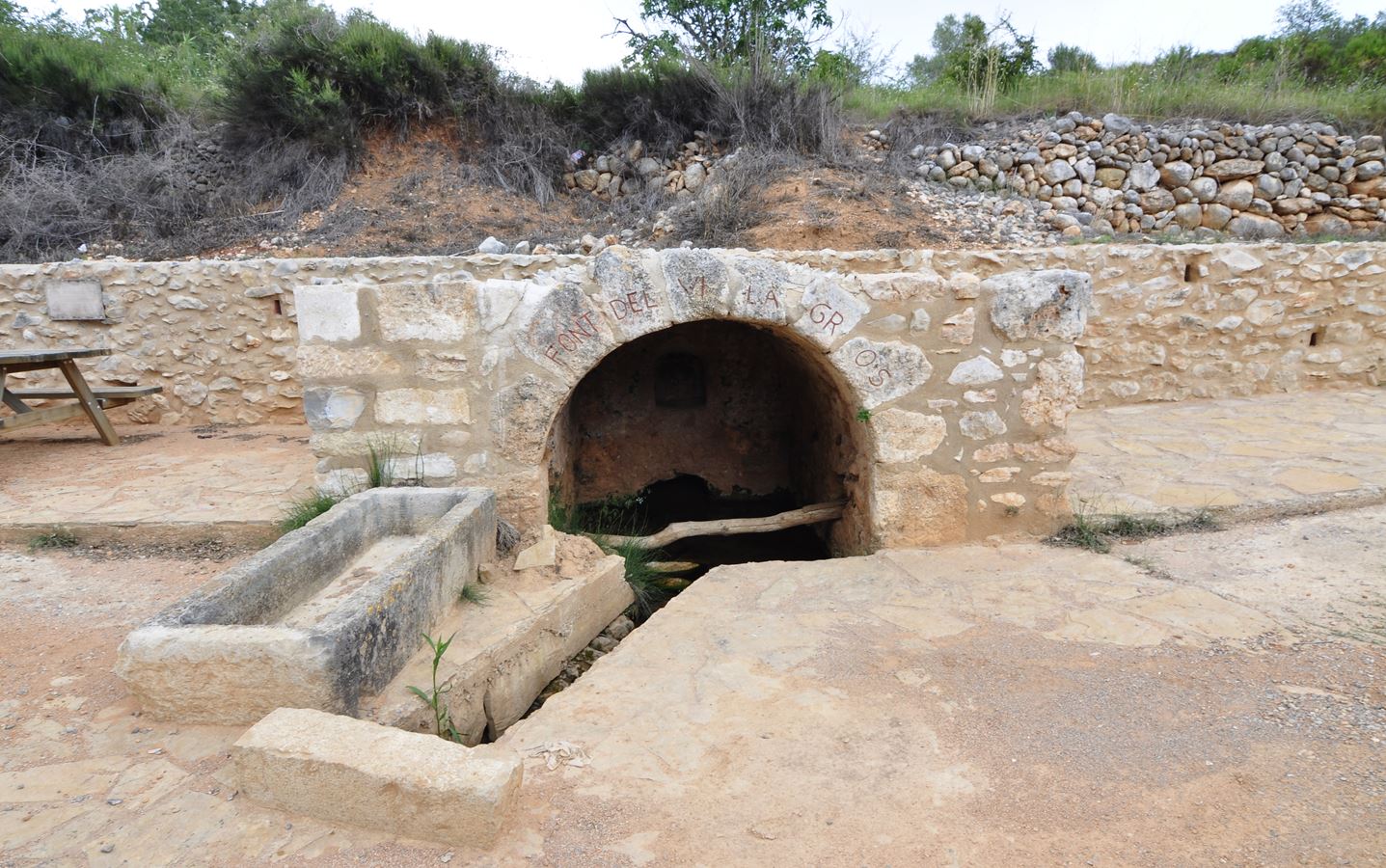 Vilagròs’ fountain is located at approximately 1 hour distance from the village, towards the east. It has a pool that is filled with the spring water, normally used for irrigation.
Its architectural structure consists of a barrel vault with a frontal arch and nymphaeum. The vault is made up of slabs placed laterally with mortar whereas the frontal arch is a semicircular raised arch composed by eight keystones of different sizes.
The structure preserves, in some of its stones, etchings of Roman origin. Two of the etchings are representations of victories and two more are anthropomorphic representations produced from the deity under whose dedication the fountain was. 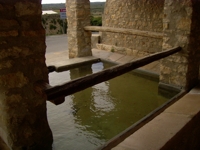 Canal’s fountain was originally known as Font de la Vila and it was a place of water resource use, meetings and recreational celebrations. It is located in the southwest of the village and it is some 400 metres from Canet lo Roig where the road to Xert begins.
Canal’s fountain is an architectural ensemble composed by a laundry area, a drinking trough and the remains of a pointed shaped ancient vault that has outstanding dimensions.
The spring that comes out of a stone canal was made up of cut ashlars and it was placed under the vault. The spring water flowed from the fountain to an exterior drinking trough and from there to a laundry area whose half was collapsed when the path was paved. 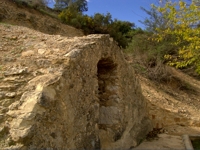 Along with the dry river bed which also has the fountain’s name, the Fontanella has always been used to supply water to farmers, shepherds and for farming purposes (irrigation and drinking troughs).
The fountain is protected by a half barrel-vaulted roof built in a wide embankment. It can be accessed through a hollow which has an elegant arch without door. In front of this door, there is a green area covered with trees which is called “empriu”. 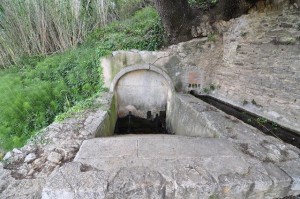 The Roca’s fountain of Canet lo Roig is located in the cliff of its own name at a one km distance of the village, towards the south. This fountain, along with the Canal’s fountain (both named fountains of the village), have overflowed laundries and troughs, and until the beginning of the 20th century, they supplied the inhabitants of Canet with drinking water.

In the area surrounding the fountain, archaeological remains have been found. The most important remains are three sepulchral headstones which have Iberian or Iberian-Roman inscriptions. All this allow us to think that, surely, this is the primitive area of our village.