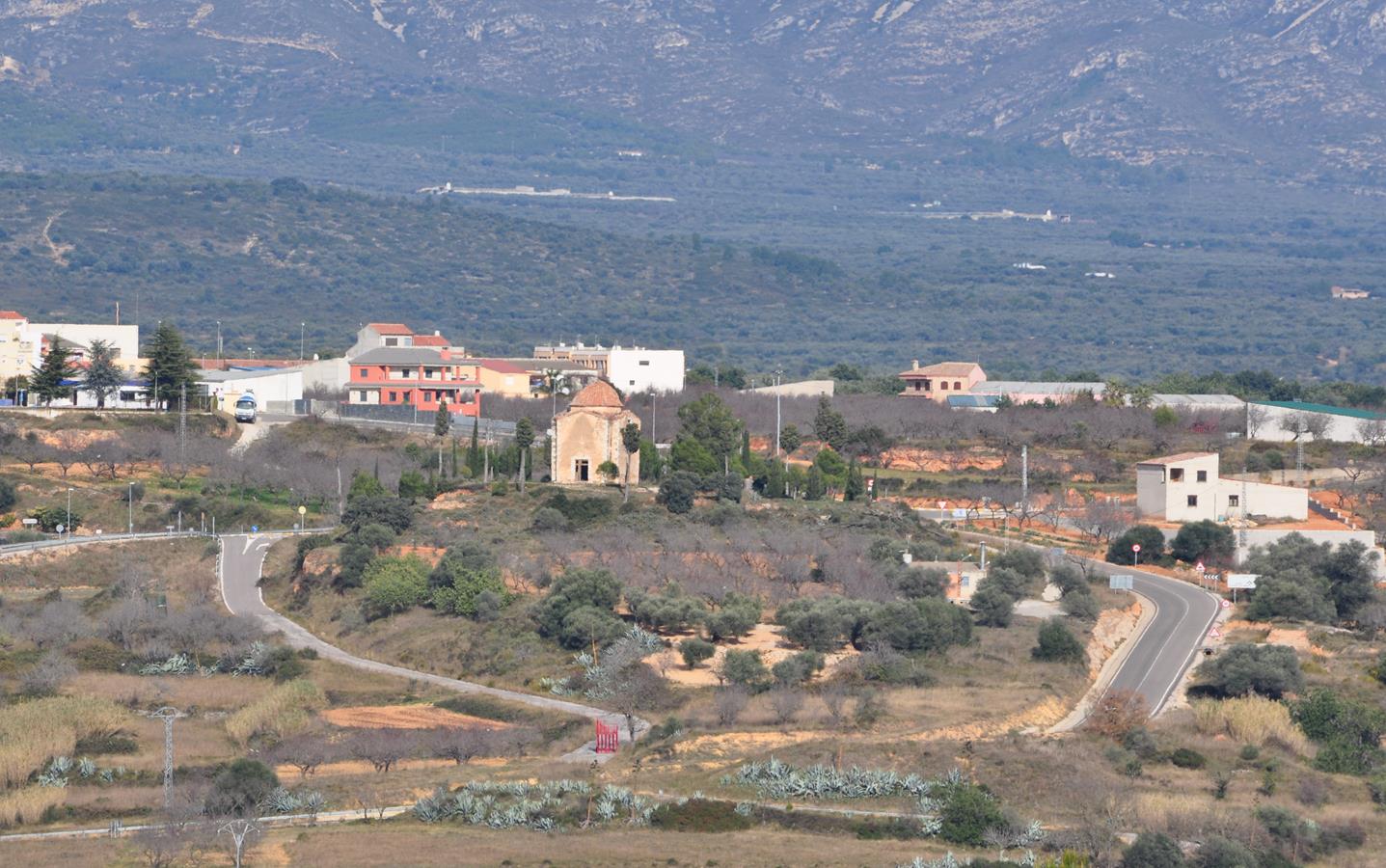 The Calvary lies on the municipality taking advantage of a mound where a chapel which is believed to date back to the mid XVIII century made of masonry and angular calcareous ashlars is located.
The roof of the Calvary consists of a central dome over an octagonal base and a polygonal apse. Inside, there is a single nave which has pilasters supporting lateral arches. There are still remains of pictorial decoration in pendentives and in the side windows. There are also remains of an old altarpiece made of plaster in the XVIII century on which we can recognise some attributes of the passion surrounded by pebbles.